Five things you didn’t know about Aboriginal culture in Australia


One of the oldest living cultures in the world, here are five things you probably didn’t know about Aboriginal culture in Australia.

And it is this fact makes it one of the oldest living cultures in the world. The ability of our people to change and adapt over time is among the primary reasons for our culture to have survived so long. Knowledge of rituals, language, and protecting sacred sites is passed from one generation to another, and cultural performance and traditional arts are celebrated when we all get together.

2. Many English words are derived from Aboriginal languages

It is thought that there were over 250 Aboriginal languages, although today less than 20 still exist. Yet the richness of our language is seen in the fact that even the English dictionary borrows many words from our culture. Some examples include barramundi, dingo, kangaroo, kookaburra, boomerang, yakka, bung, koala and wombat. In Australian English, more than 400 words have been borrowed from Aboriginal languages.

Dreamtime is our people’s understanding of the world’s creation.

In most of the Dreaming stories, our ancestor spirits came to earth in human form and created animals, plants, rocks and other land forms as we know today.

We believe that ancestors changed into things like trees, the stars, rocks, watering holes or other objects. These sites are sacred to our people – Uluru or Ayers Rock in Northern Territory is one such site. And because the ancestors never disappear at the end of the end of Dreaming, the Dreaming is a continuous, never-ending story. 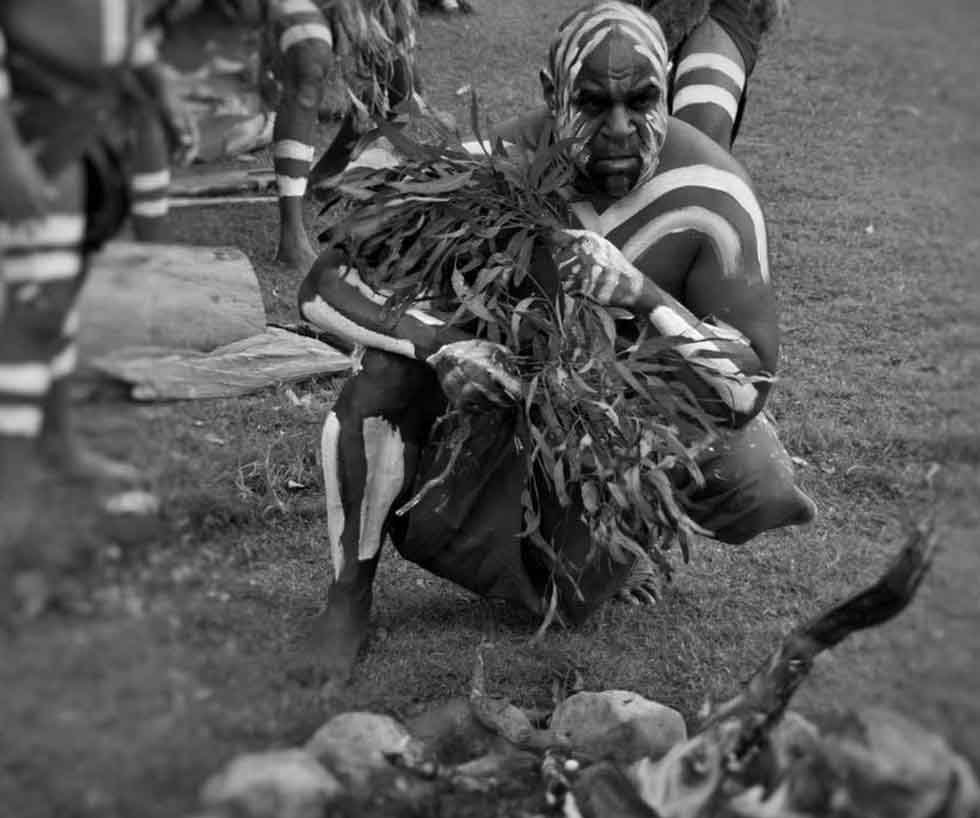 Another interesting aspect of our culture is our connection to land – it is deep and lasting.

4. Boomerangs were used as weapons to hunt animals

This Australian icon has been used for thousands of years as an essential tool in the arsenal of our Aboriginal hunters. They were used to hunt animals like kangaroos. Some were even built to circle around birds our people were trying to hunt. Did you also know only men used boomerangs? This was because they were seen as the hunters, while the women did a lot of the repair work and gathered food.

Boomerangs play a part in our Spirits of the Red Sand Evening Experience.

5. Aboriginal culture is based on respect

The very foundation of our unique culture lies in the respect we have for our land and our elders.

For us, becoming an elder requires a lifetime of working for the community; age alone is not a contributing factor. An Elder is someone who has gained recognition as a custodian of knowledge and lore, and who has permission to disclose knowledge and beliefs. Aboriginal people traditionally refer to an Elder as ‘Aunty’ or ‘Uncle’.

Book Now
By using Spirits of the Red Sand, you accept our use of cookies.
OK