At the time of colonisation, Australia was home to more than 250 languages and 600 dialects thanks to our rich Aboriginal culture. Since then, so much has changed, but every day here at Spirits of the Red Sand we’re bringing our culture back to life, and that includes language. Before every show begins, you’ll learn a few of our favourite Aboriginal words – here are a few to kick things off before you arrive!

While the exact number of Indigenous languages are unknown, estimates suggest that less than 60 of them are alive today.  Aboriginal people were able to speak up to five languages fluently, but now many of these languages are critically endangered.

Despite being on the decline, our lingo (language) has made a dent on Aussie English with around 400 words originating from the Aboriginal culture making their way into everyday use. To an outsider these words may come across as a little confusing, so we’ve mapped out some words that are commonly used, including Aboriginal English. 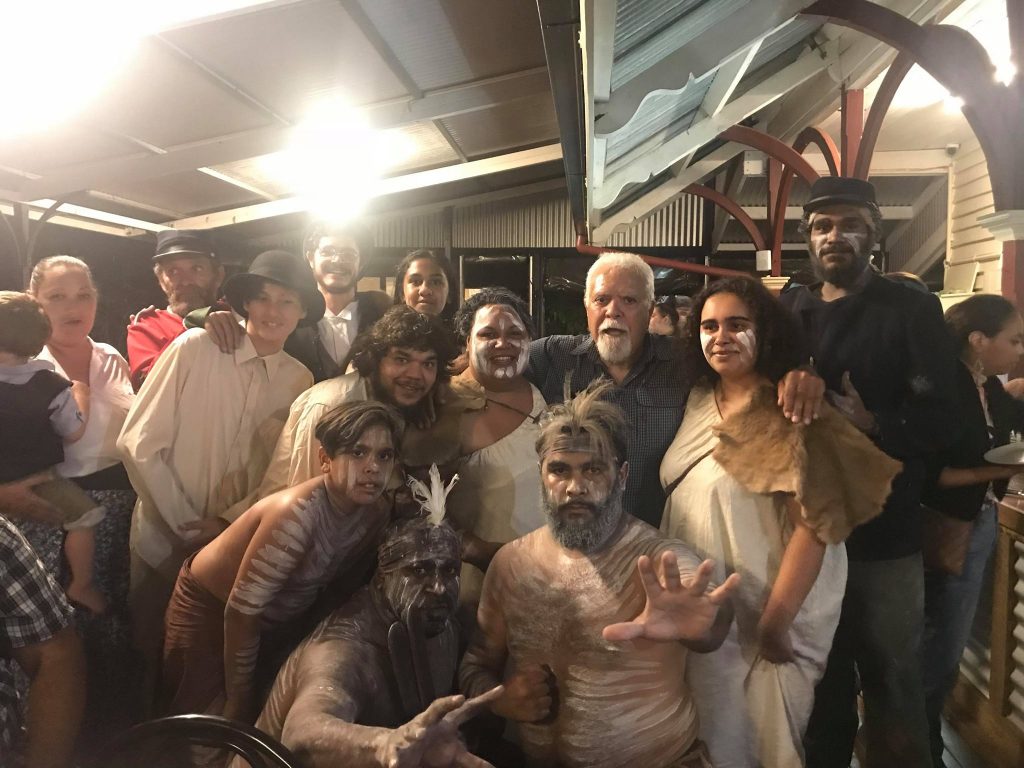 Before the show starts you’ll learn a few Aboriginal words – then you can practise them during the buffet feast afterwards!

Key words we use in Indigenous Culture

Yuwei:  Not a goodbye, but a ‘until we meet again’

Billabong: A watercourse which runs only after it rains.

Bung: State of exhaustion or when something is broken/ out of action. The word was first recorded in 1841 and the record said “bang” meant “dead” in the Yagara dialect.

Corroboree: An assembly of sacred, festive or warlike character.

Cooee: Meaning come here. It is a prolonged clear call, used most frequently in the bush to attract attention.

Gammon: It can mean fake, pathetic or to pretend.

Kangaroo: These herbivore marsupials, an icon of Australia, hardly need an explanation. Also called a Marlu in the Aboriginal culture.

Kookaburra: A large kingfisher, noted for its loud call that resembles laughter.

Kylie: A boomerang having one side flat and the other convex.

Mob: In Aboriginal culture, mob refers to kin or family.

Nulla Nulla: Also known as a deadly 7 or a hunting boomerang is a long carved piece of wood that is shaped like the number 7.

Tidda: Means sister and can also be used when referring to female friends.

Yidaki: An Aboriginal wind instrument, also known as didjeridu, a word coined by the white settlers in imitation of its sound.

Yowie: Is one of many words to describe a much feared super-natural being.

Coolamon: A multi-purpose curved wooden tray can be used for carrying infants, food, digging and for burning leaves during smoking/cleansing ceremonies.

Book Now
By using Spirits of the Red Sand, you accept our use of cookies.
OK